An A-Z Guide to AML Compliance

AML (anti-money laundering) legislation emerged at the end of the 20th century as a response to the expanding terrorist threat, corruption, and illegal international trade.

In the USA, the first AML act was adopted in 1970; it was titled the Bank Secrecy Act (BSA), also referred to as the Currency and Foreign Transactions Reporting Act. The law obliged the financial institutions to disclose large money transactions, thus preventing criminals from obscuring the financing of their illegal activities. Another landmark legislation was adopted in 1986; the Money Laundering Control Act officially termed money laundering as a federal crime and established the reporting requirements for banks on sums exceeding $10,000. In 1988, the Anti-Drug Abuse Act expanded the list of financial institutions that had to disclose the transactions of large sums of money. In Europe, AML regulations first came into effect in 1994 with the publication of the first Money Laundering Directive.

Today, terrorists and cyber-criminals are actively exploring all kinds of financial loopholes to finance their criminal activities and illegal drug, weapons, and human trade. Thus, the need to ensure anti money laundering compliance is imperative at all levels, whether it is AML in banking or a customized AML system in a business structure. Merchants dealing with financial transactions should have rigorous AML measures put in place to prevent money laundering, and a failure to comply with the compliance regulations may result in insurmountable fines. In this article, we define AML, determine the critical preconditions for AML compliance, and identify the meaning of AML in banking. Stay tuned to learn more about AML and ways to comply with it to keep the financial side of your business secure and legal.

What Is Money Laundering?

Defining AML is impossible without clarifying what money laundering is and how it takes place. "Money laundering" is a collective term used to describe the procedures applied to concealing the criminal origin of money obtained via illegal activities. Once the funds go through several fake accounts and are seemingly used to pay for legit goods or services, they start looking as lawfully acquired. In this way, criminals inject the money they derived from criminal activities, such as drug trafficking, terrorism, or slave trade, into the mainstream economy for their legal use.

Money laundering takes place in three stages: placement, layering, and integration. At the stage of placement, the black money is deposited to banks for further financial operations on their whitening to be performed. Layering involves the completion of several financial transactions in small, non-traceable sums to obscure the black money trail. This is usually done by buying and selling financial and non-financial assets to create a white history for that money. Finally, the integration stage presupposes the injection of laundered money into official financial channels allowing their unrestricted use for property acquisition, business financing, and investment.

As the AML definition suggests, anti-money laundering efforts of governments are directed at exposing the suspicious financial transaction to prevent the "laundering" of illegal funds and their entry into the mainstream financial sector (national or international). Thus, in a nutshell, AML means background screening and continuous monitoring of customers for identifying and blocking any effort of money laundering. As a rule, financial institutions with rigorous AML requirements check their new and existing customers in the global watchlists, sanctions, and PEPs lists to verify whether they are subjected to any type of financial restrictions.

Answering the question, "What is AML compliance?" one should first take a closer look at the AML objectives pursued at the national and international level. They include:

The scale of global terrorism continues to grow, and even rigorous AML regulations put in place cannot guarantee full transparency of financial flows globally. Thus, the magnitude of money laundering taking place worldwide can hardly be evaluated thus far. According to the recent estimates, the figures are indeed frightening:

The deeper black money gets into the mainstream financial system, the harder it gets to identify criminals and expose their activities. Thus, the AML legislation is improved and detailed from year to year to prevent criminals from hiding illegally gained money and prosecuting the international crime.

Since money laundering is most commonly associated with cross-border crime and crime of international, if not global, scale, many international organizations have been established to combat the practice, monitor compliance at the national level, and develop new rigorous measures for tightening the protection of financial safety and transparency globally.

AML and FATF
The Financial Action Task Force (FATF) is the global organization overseeing the issues of international money laundering and terrorism. The task of this inter-governmental entity is to establish standards for the prevention of illegal activities and to oversee their practical integration at the legal, regulatory, and operational levels. To date, FATF includes 39 member states; it is headed by Marcus Pleyer (Germany), appointed in July 2020 after Xiangmin Liu left the post.

FATF monitors the rating of countries in terms of their compliance with AML and anti-terrorism measures. In case some states are found non-compliant, with grave regulatory violations of the AML standards, they are included in the FATF blacklist, meaning that these countries are labeled as safe havens for terrorist funding and money laundering. Such a status poses a risk of financial restrictions and sanctions of international financial organizations in terms of money movement, transfer, etc.

AML and UNODC
While the UN Office on Drugs and Crime (UNODC) is a universal organization with multiple responsibilities, its Law Enforcement, Organized Crime and Anti-Money-Laundering Unit is directly charged with overseeing the Global Programme against Money Laundering, Proceeds of Crime and the Financing of Terrorism. The unit was established in 1997, and since then, it has been actively engaged in the global struggle against money laundering. The primary duty of the unit is to support UN member states in the implementation of AML measures and detection, prosecution, and confiscation of illicit proceeds.

Basel AML Index
The Basel AML Index calculated by the Basel Institute of Governance is one of the key AML terms in the global financial industry. It is a rigorous system of analysis of various countries' progress towards AML compliance and struggle with money laundering crime. The index for each country is calculated based on the following five parameters:

Since financial institutions are particularly vulnerable to becoming an unwilling party of money laundering operations, the lion share of AML procedures and restrictions relates to them. The first AML rules obliged banks to verify the identity of their customers and keep records of that identification procedure. Besides, the staff of all banking institutions had to be trained in terms of anti-money laundering practices to report all suspicious activities to designated officers.

Today, banks take a much broader array of AML measures. So, what is AML in banking? Let's explore its core principles and rules.

Principles of AML Compliance in Banking.

In terms of AML, banking institutions face a vast number of restrictions and procedural requirements. As money can't be laundered anywhere except for the banks, these institutions fall prey to sophisticated illegal schemes and fraudulent transactions aimed at disguising the criminal origins of funds. To avoid such crimes, banks have to implement a variety of customer verification and identification principles in addition to their regular due diligence procedures, such as:

So, what does AML stand for in banking? Primarily, the scope of AML procedures is directed at security analytics, KYC verifications, consumer payments, smart credit scoring, and continuous enhancement of cybersecurity. AML automation is also a buzzword today, promising quicker processing of huge masses of customer and transaction data without accuracy trade-offs. Artificial intelligence and machine learning solutions are currently used to assist with supervision, analytics, reporting, and development of new money-laundering scenario detection systems for better crime prevention.

Every company working with money and required to comply with AML regulations should have a comprehensive AML programme in place; otherwise, severe penalties and even a ban on business operations may follow. The components of a successful ML programme include:

AML screening is a part of the global KYC (Know Your Customer) verification system that is an obligatory requirement for banks, FinTech organizations, real estate dealers, and gaming and cryptocurrency platforms accepting financial transactions. In terms of AML, KYC procedures give a huge boost for the accuracy and comprehensiveness of customer and transaction checks, enabling the complete risk profile creation and precise risk evaluation before any transactions within a financial organization are permitted. Businesses receiving payments from their clients are also urged to put KYC procedures in place to provide complete validity checks in case a financial audit is initiated.

Data-driven approaches to KYC in the AML sphere are gaining popularity now, mainly because of the huge potential of machine-learning systems in terms of data management. The basic components of analytical KYC solutions include:

A KYC policy includes various processes of rigorous customer identification. In a nutshell, an effective KYC system helps make sure that the company's customer is who they claim to be. Thus, KYC can be equated to a high-quality identity verification process.

How Datrics Can Assist with AML and KYC.

Multi-stage KYC procedures are implemented not only in banks but in all business systems working with user money and conducting financial transactions. It means that the level of your financial system's safety depends on how well you can collect and analyze the customers' personally identifying information (PII). Verifying the PII is possible via several means, including turning to numerous independent third-party verifiers and state authorities. Based on the results of data verification, financial organizations assign the level of risk to each customer.

Datrics is a low-code data science platform providing customized data-driven solutions powered by AI and machine learning. Among our solutions, businesses can find smart AML algorithms and multi-step automated KYC products to simplify and amplify the AML/CFT procedures and mechanisms of financial organizations. We can develop hi-tech products from scratch based on the company's specific needs and requirements, helping any client succeed in the AML/KYC procedure automation to guarantee legal compliance and customer safety.
The article was written by:
Volodymyr Sofinskyi
Chief Data Scientist at Datrics
Do you want to discover more about Datrics?
Drop us a note to follow-up on any issues, support requests or enterprise plans.
Your feedback matters!

Friday, October 2
Anomaly Detection: Definition, Best Practices and Use Cases
Anomaly detection is a technique of outlier identification in datasets. Learn more about the concept, ML algorithms for the detection of anomalies, and industry use cases here.
Thursday, September 17
Case Study of Datrics Solutions for Yanda
Harnessing the AI Potential in Crypto-Trading
Monday, August 24
A Guide to AI Application in Stock Trading
AI is a buzzword in the modern world of technology. Learn how it transforms stock trading to see how you can benefit from AI trading solutions and applications.
TERMS AND CONDITIONS
PRIVACY POLICY
DOCUMENTATION
© 2022 DATRICS, INC.
PARTNERS
ABOUT US
CONTACT US 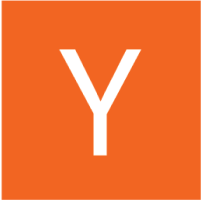